A couple of years ago, I made baesuk 배숙 to help clear an oncoming cold. Safe to said that I was as healthy as a pear 🍐 after that. This amazing steamed concoction has been in my mind ever since then. I never make it again until now that is and I can assure you I will be making it more frequently. Baesuk 배숙 is not only eaten for curing a cold but a wonderful dessert as well.

This recipe followed Maangchi’s recipe to the tee. The measurements are perfect except I would add extra red dates as I find it to be too little. If you’re adding extra red dates, you will need a larger hole ya.

The star of the show: Korean pear. The main reason why I never make it again until now is because of the price of the Korean pear. Bought this one for RM6.88. It weighs 403g.

Our goal is to make a hollow vessel out of the pear with a lid on top so we can fill in the supporting ingredients inside the pear and cover it with a lid before going into the steamer.

Slice the top of the pear horizontally from about an inch from the top to make the lid.

Next, scoop out the core, seeds and flesh of the pear with a sturdy spoon.

Place the pear in a heat-resistant bowl minus the lid. Fill the pear with raw honey, red dates, pine nuts, grated ginger and cinnamon powder (I used speculaas spice mix instead). You can also add the flesh which you scooped out back in. Or you can just eat the flesh and core as is like I did.

Place the pear lid on and steam over medium high heat for an hour (steamer lid fully closed). Do adjust the steaming time if you’re using a much larger/smaller size pear. That’s all to the steps. Easy, right?

Looks pretty ain’t it? If you sense a cold is coming, have it hot. You’ll feel so much better after that. If you’re serving it for dessert, you can serve it hot or chill. Do try both and see which ones you prefer. I personally like it hot.

잘 먹겠습니다. When it’s hot, it’s spicy, sweet and comforting. As you eat the filling, dig the flesh inside and eat them together. Very delicious! 😋🤤😋

Give it a try and let me know if you like it.

Method:
1. Slice the top of the pear horizontally (about an inch from the top) to make a lid out of the pear.

2. Then use a sturdy spoon to scoop out the core, seeds and flesh. The idea is to have a hollow interior to hold the ingredients.

3. Place the hollow out pear in a heat-resistant bowl.

4. Fill the pear with raw honey, red dates, pine nuts, grated ginger and cinnamon powder. You can add back in the flesh too.

5. Cover with the pear lid and place it in the steamer. Steam for an hour over medium high heat. If the size of the pear is much smaller/larger than mentioned, you should adjust the steaming time.

6. Serve hot or chill. Remember to cool down the bowl before putting it in the fridge to chill. 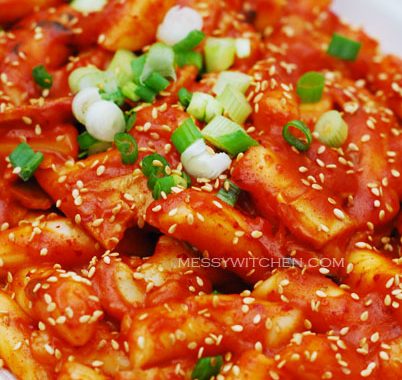 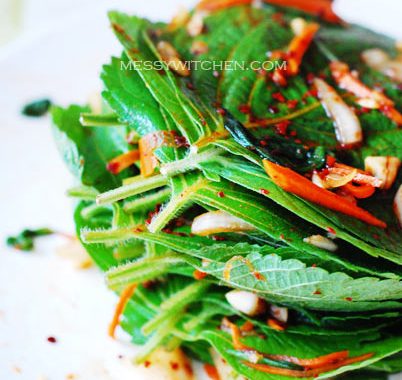 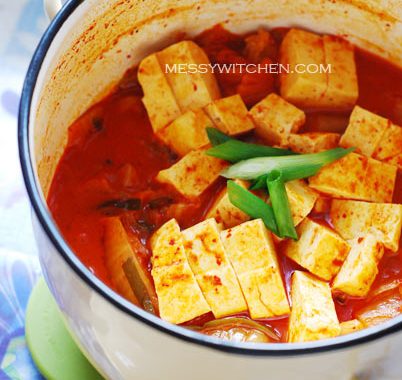