Recently I found another interesting cooking book from my mom’s stash of books. This one is all about cooking with Chinese herbs… something that I’ve always wanted to learn. For my first tryout, I choose to make a simple drink using Buddha’s fruit (羅漢果, 罗汉果, luo han kuo) and red dates (jujube). Luo han literal translation is Buddha and kuo is fruit, hence the name Buddha’s fruit.

Rinse dates and then slice it until the middle so that its flavour can easily seep out.

Luo han kuo consist of an outer soft shell and the fruits inside.
Since the shell is soft, you can easily twist/press it.

Do you know that both Stevia and Buddha’ fruit are natural sweeteners? They are 300 times sweeter than sugar. 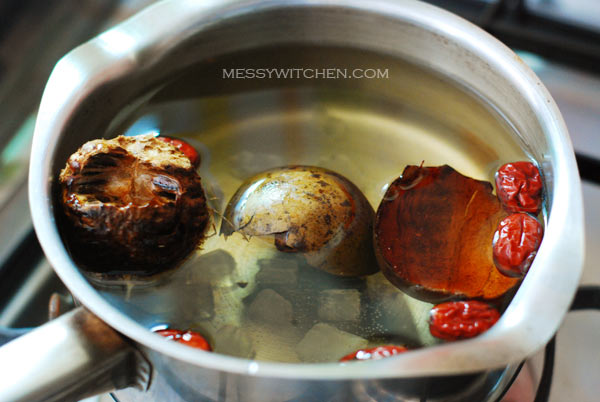 Add water and the ingredients in a pot. Bring it to boil and then let it simmer for 45 minutes with lid close.

Since it was my first time dealing with luo han kuo, I didn’t know whether to add the shell of luo han or not as the ingredient calls for 1 whole fruit.

My mom usually cook together with the broken shell and she advises me to add it in but after some serious thought I didn’t think the shell will bring any effect to the brew and I also realized the fruit itself is 1 whole. Hence I removed the shell. LOL *silly me. So am I right? I was wrong!

Update: I consulted a TCM practitioner over the weekend. According to him the shell is so much sweeter than the fruit hence it’s advisable to include shell as well. 😛

This wonderful Buddha’s fruit and red dates drink is so very yummy. The sweetness is just right. I wish I’ve cooked more. Oh well, next time then. 🙂

According to the book, this brew is good for cleansing the body, aiding digestion and dispelling constipation.

Method:
1. Combine all ingredients in a medium saucepan.

2. Bring to boil and then reduce the heat and simmer for about 45 minutes. 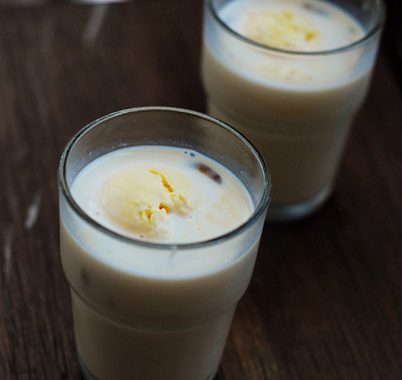 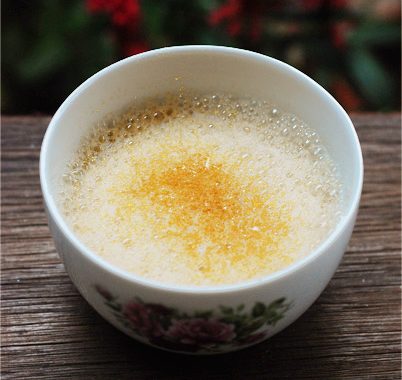