I was kind off tired cooking nearly the same thing every time. So, to spice things up just a little bit, I decided to use a muffin/cupcake pan. Hmm, a savory muffin? Why not? This is where my vegetables buckwheat quinoa egg muffins is born! Though I eat it for lunch, this gluten free muffin is perfect for breakfast and brunch too. Heck, you can even eat it for dinner or snack. It’s suitable for all ages because it’s just so healthy.

First, cook the buckwheat and quinoa. Refer recipe below for a thorough step-by-step.

Blanch water spinach or kangkong (in Malay) for a minute in boiling water. Strain with sieve and let it run under cold water or in ice water. Then squeeze out the water and chop it roughly. Add it to the mixing bowl. Blanch carrot using the same method above for 2-3 minutes. Saute onion and wood ear fungus separately and add to mixing bowl as well.

No water spinach? Substitute with spinach then.

Here’s what it looks like after adding everything in the mixing bowl.

Spoon the mixture into a muffin pan, to about nearly full. Garnish with chopped spring onions. Bake for 18-20 minutes in a 170oC preheated oven. I did not grease the pan. The muffins came off easily once it cools.

Vegetables buckwheat quinoa egg muffins fresh out from the oven.

My golden nugget. ❤️ Just look at the texture inside.

The onion, carrot and cherry tomatoes provide this muffin with sweetness, while the wood ear fungus give it a QQ texture (bouncy/springy). Give it a try and let me know how is it.

2. Once it boils, turn the heat to very low and cover with lid. Let buckwheat and quinoa cook until all water is absorbed.

3. Turn off heat and give the cooked buckwheat and quinoa a few stir with a spoon. Cover back the lid.

6. Next blanch the carrot for about 2 minutes. Place in sieve and run the carrot under cold running water. Add to the mixing bowl.

7. Add 2-3 tablespoons of cooking oil in a pan. Saute the onion until it starts browning and translucent. Add to the mixing bowl.

8. Saute wood ear fungus with about 1 tablespoon cooking oil and a pinch of salt. Cook for about 2-3 minutes. Add to mixing bowl.

9. In the mixing bowl, also add halved cherry tomatoes, 4 eggs, 1 1/2 teaspoon salt and black pepper. Mix everything with a spoon. 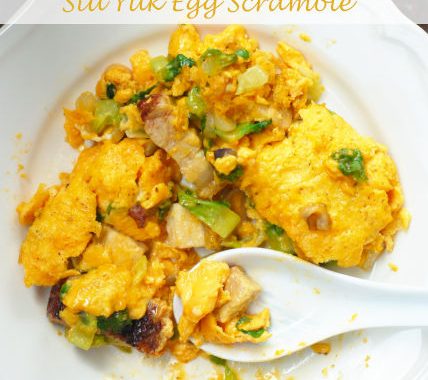 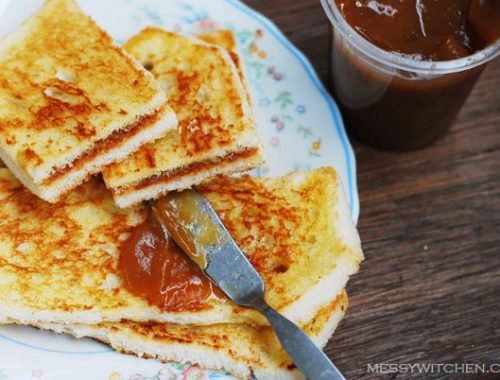