Finally I’ve tried Fong Keow Bak Kut Teh. This restaurant is situated at the corner taking over 3 shop lots. It’s beside the famous Teluk Pulai (Claypot) Bak Kut Teh Restaurant (though on a different block). When I reached there at 11am, the eatery were practically empty. Where are the customers? I almost change my mind but then decided not to since I’ve wanted to try this place for quite some time (to compare with its nemesis; the Teluk Pulai BKT next door).

Besides Bak Kut Teh, Fong Keow also serves many other side dishes. I didn’t really look at the menu as my mind is only at the BKT.


That’s why you need to wash ’em with boiling water.
However for me, my only drink is from the BKT broth. I’ll drink a cup of water later on. I couldn’t imagine myself drinking from these cups as they are only washed with boiling water. Eekks!

Oil rice came next which is RM1.20 per plate and RM1.00 for small oil rice. The oil rice isn’t the most fragrant I’ve eaten but it was nice enough that I have no complaint about it. 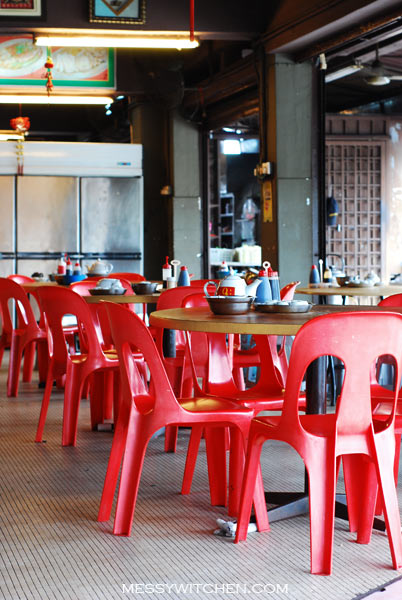 Empty? As I soon found out, the restaurant open at 10am on weekdays, much later than its counterpart next door which opens at 7am daily. Customers only start to arrive during our mid-eating.

Lettuce with oyster sauce at RM8.00.

Overall, we find the broth to be a little on the watery side (just a little). I did taste some medicinal herbs but not power enough. Still it doesn’t stop me from drinking the broth spoon after spoon. The pork meat was cooked to perfection. If I have never tasted the next door BKT, this would be one of the very good ones. Still I think it was delicious and fulfilling. I tapau-ed (take-away) some BKT and ate it later on the cold. It was very yum-yum! Had BKT craving after that. 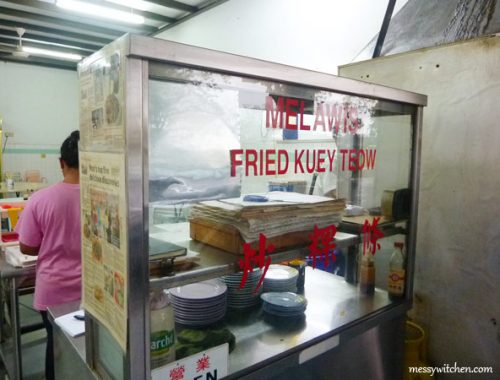 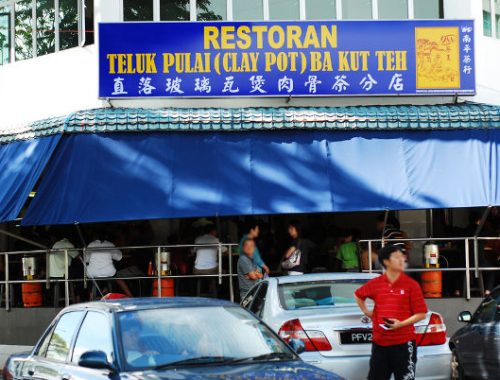