If you ask me to name a place with the best gelato in ‘my’ world, I would tell you Palazzo del Freddo Giovanni Fassi at Rome, Italy. This place gave me the memory of the best gelato I’ve ever tasted! It’s not because I had it in Rome, it’s not because I’m in a vacation. I’ve tasted several others in Pisa, Venice and Paris, which are famous for its name but really pales in comparison to this one by Giovanni Fassi.

This gelato shop was introduced by a lady working at Six Beds (our lodging at Rome) – thank you so much dear. She told us that’s her favorite gelato shop in Italy~very delicious~and make sure we try it. Not expecting anything we headed there in the evening of day 4 after our tiring afternoon trip to Vatican City.


Palazzo del Freddo means Palace of the Cold. What a cool name for a gelato shop!

To buy gelato here, first inform the cashier whether you want your gelato in cone or cup and you pay the money.

Then you check out the flavours you want. So many flavours to choose from!

There’s no queue!!! Just hand over the receipt when you get hold of the person-in-charge and tell them the flavours you want.

Our super-duper delicious gelato. Very creamy and its taste is like no others (original flavouring).

On the left is noce (walnut) and variegato all’amarena (variety of cherry) flavours for my sis. On the right is pistachio and tiramisu flavours for me. Both are topped with whipping cream with no extra charge. Each cone cost only €1.60 and the gelato quantity is huge compared to other places. What a deal for the best gelato in ‘my’ world!

Palazzo Del Freddo is the oldest Italian gelato factory dating back to 1880.

And if happen to be in Rome or Seoul, remember to sample some gelato from Palazzo Del Freddo. Already my sis is regretting for not going for the 2nd round. She blamed me. Hahaha!

Update: I dropped by Palazzo del Freddo when I was in Seoul. Read my post here. 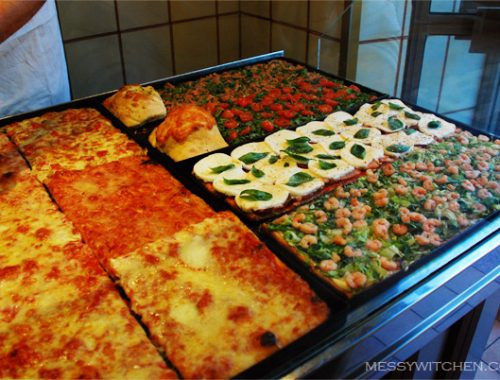 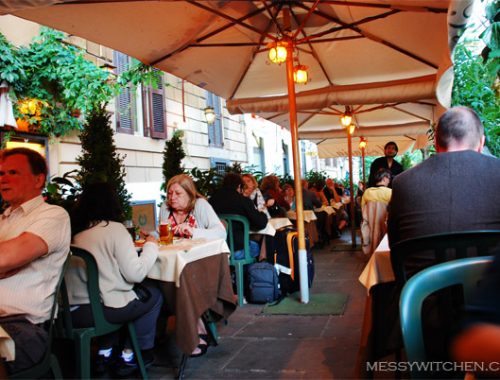